Di Renjie (630-700), who was 47 years old, was actually not well-known either in the Tang Empire or in later generations.

This year was the first year of Emperor Gaozong’s Yifeng (676). He was 47 years old. Di Renjie, from Datang Bingzhou (now Taiyuan, Shanxi), formally served as a sixth-grade official.

This is a miracle in the history of the founding of the Great Tang (618-907) in the judiciary. Di Renjie's reputation was greatly shocked by this, and later generations called him a supernatural detective, and this also began. 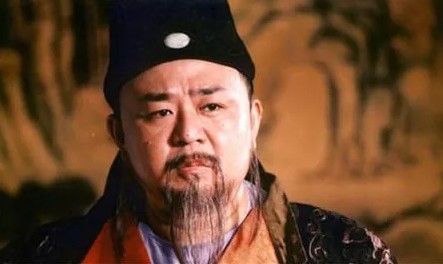 At that time, General Wuwei 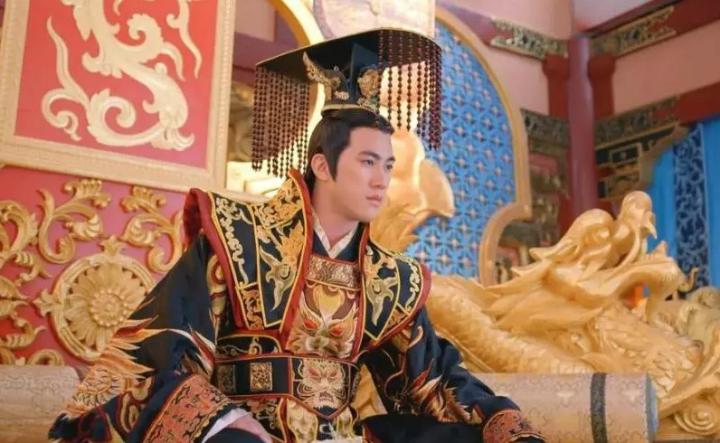 Di Renjie said that in accordance with the law, ordinary people should be sentenced to two and a half years in prison for "robbing the garden and cemetery." Quan Shancai, as a general, was improperly guilty of death in addition to the penalty, that is, removal from office, but the emperor was angry for a while. He wanted to kill, and he had already surpassed the law. It was impossible to follow the law and had no basis in the law. Di Renjieli advised Tang Gaozong:

Although Li Zhi is not a heroic hero like his father Li Shimin, he has the heart to seek governance. Under Di Renjie's advice, Quan Shan was saved from death.

All this was called together with Li Zhi at the time "

This cadre, who was approaching 50 years old, had only emerged in the empire, and was subsequently promoted to serve as a servant.

He came from a low-level bureaucratic family, but he was admitted to the "Mingjingke" fame based on his true ability. His previous life was just an unknown low-level official. However, his courage was exceptional. At that time, Tang Gaozong favored Zuo Si Langzhong. 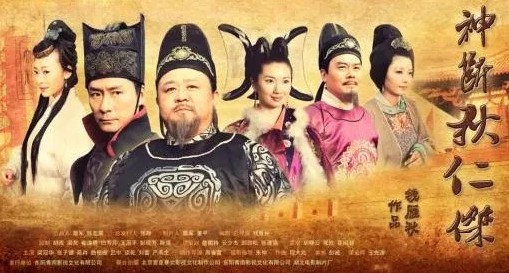 Tang Gaozong was reluctant and wanted to protect Wang Benli, so Di Renjie stood up and said:

Di Renjie’s awe-inspiring courage even had no choice but to convince Tang Gaozong, but Li Zhi agreed to convict Wang Benli in accordance with the law. As a result, the ruling and opposition parties shook up and down. Everyone knows that the empire has another person who is not afraid of death like Wei Zheng. The old guy dared to ask someone to be punished from the emperor's hands. This is not easy to provoke.

Unlike the young Di Renjie who is popular in TV series, Di Renjie actually became famous very late. Even at the age of 59, his life is still rough and difficult.

Tang Ruizong’s four years of clanking (688), at this time, Tang Gaozong Li Zhi (628-683), known as the "Emperor", had passed away for five years. At this time, the empire, although the nominal emperor was Li Zhi’s son, Tang Ruizong Li Dan, but the real power holder is Li Dan's mother, Wu Zetian.

At this time, Wu Zetian was stepping up his plan to become emperor, and appointing cruel officials to come to Junchen, Suo Yuanli and others to create injustices and massacre Li Tang's clan and ministers who supported Li Tang.

In this terrifying political atmosphere, in 688, the governor of Bozhou (now Liaocheng, Shandong), the king of Langya

The rebellion had just subsided. At that time, six to seven hundred criminals’ family members were convicted of imprisonment and execution, and more than 5,000 were expropriated as slaves. Wu Zetian gave Di Renjie’s instructions to quickly execute all the criminal’s family members, but Di Renjie rebelled.

Di Renjie asked Wu Zetian secretly that the families of these criminals were just helplessly trapped by the rebels. Their original intention was not to rebel, so they begged the queen to pity their mistakes. In the end, Wu Zetian promised to amnesty these condemned prisoners, and the family members of this group of nearly 700 criminals finally escaped. 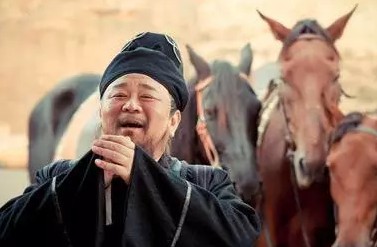 However, Yuzhou is facing even greater danger.

A small governor who dared to “threat” the prime minister in such a way made Zhang Guangfu very angry. It was only because Di Renjie was a magistrate appointed by Wu Zetian himself, Zhang Guangfu suppressed his anger. Later, Zhang Guangfu began to play Di Renjie as "innocent." He lowered Di Renjie’s official position by one level and demoted him to the relatively remote Fuzhou (now Hubei Xiantao and other places) governor.

All this, Wu Zetian, who wants to become emperor, is in sight.

Just 7 years after the death of her husband, Li Zhi, after the two sons of Tang Zhongzong Li Xian and Tang Ruizong Li Dan were driven down successively, in 690 AD, Wu Zetian officially announced that Tang was reigned as Zhou and became emperor.

To change the dynasty and revolution, murder is of course inevitable.

Under Wu Zetian’s instructions, the cruel officials in Wu Zhou area led the way and murdered everywhere. In order to kill the "Li Tang remnants", the cruel officials came to Junchen and others under Wu Zetian's instructions and indulgence to continue to create injustices and massacre the Li Tang clan and heroes. As a result, the courtiers at that time always tremblingly bid farewell to their families every time they went to court, because once they went, they didn't know if they could come back alive. 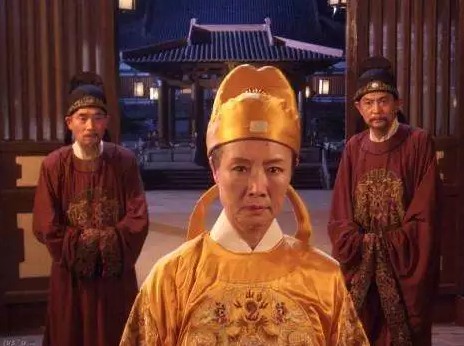 But Wu Zetian’s killing was mainly aimed at the aristocrats of the Li Tang clan and the upper-middle-level bureaucrats. In her opinion, Li Tang started his career mainly based on

It was in this political context that Di Renjie, who was talented, capable and loyal, and a fellow with Wu Zetian (now Taiyuan, Shanxi), naturally became a capable official of a generation of empresses.

Because in Wu Zetian's view,

Under the situation that Li Tang’s old minister was almost wiped out, in September of the second year of Wu Zhou Tianshou (691), Di Renjie, who was the queen’s favorite minister, was directly promoted from Luozhou Sima to the post of magistrate, and acted as an agent for Shangshu Affairs and Canada. He was awarded the Taiping Zhangshi with Fengge Luan and officially became the prime minister of the Wuzhou Empire.

But Di Renjie's first worship service was only over four months.

After seeing Di Renjie, Wu Zetian said, "When you were a magistrate, you had a good political record, but some people have been slandering you. Do you want to know who these people are?" 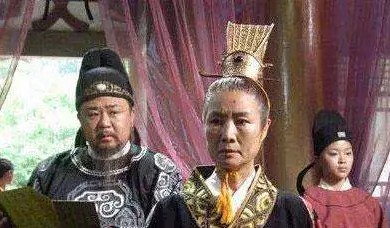 Di Renjie pays respects, but wants to be the nephew of Wu Zetian, the prince of the Wu Zhou Empire

Wang Deshou had no choice but to leave in anguish.

Although his nephew and Wei Wang Wu Chengsi repeatedly requested that Di Renjie be killed on the suspicion of "rebellion", Wu Zetian, who seemed to have realized it, did not agree, and only demoted Di Renjie to Pengze (in Jiujiang, Jiangxi) as the county magistrate.

After Wu Zetian became emperor in 690, in order to improve his popularity and ease the conflict with the remaining courtiers, he first killed the cool officials.

Next, in 697, Wu Zetian ordered the killing of his own confidant.

This is the so-called " 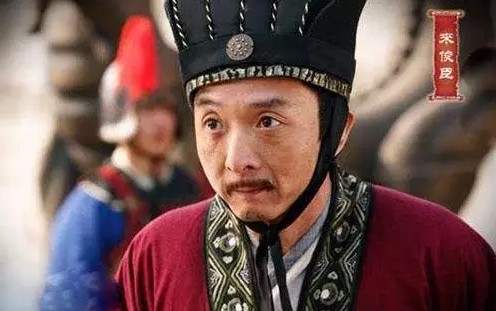 Under this scenario, in the first year of Wu Zhou Longsui Tongtian (696), Di Renjie was appointed as Jizhou governor, and then promoted to the governor of Youzhou, and the army resisted the Khitan invasion; Di Renjie was once again worshipped as prime minister in the first year of Shen Gong (697) , Served as Luantai Assistant, Tongfengge Luantai Ping Zhang Shi, and also awarded the silver Qing Guanglu doctor.

This time, Di Renjie served as prime minister for three years, and Wu Zetian trusted him until his death.

Through the cruel punishment of officials and the use of virtuous officials, Wu Zetian transformed herself from a female politician who was bloody and tyrannical, murdered dissidents, and conspired to seek power for the country, and gradually became a female politician who was a link between the past and the next, governed the country, and forged the foundation for the grandson of Tang Xuanzong. politician.

In this sense, Wu Zetian made Di Renjie, and Di Renjie also made Wu Zetian. However, in the Great Tang Empire after Tang Taizong and before Tang Xuanzong, there are only two of them who can be called "politicians", that's all.

Wu Zetian was 6 years older than Di Renjie. In her opinion, Di Renjie was the only one in the Datang Empire at that time to be regarded as her great minister.

In Wu Zetian's view, Di Renjie, after the second worship of the king, defeated Qidan and resisted Turks for the Wuzhou Empire. Both the civil rule and the martial arts were brilliant. Therefore, this generation of empress who killed countless lives and was cruel and tyrannical, in front of Di Renjie, But it is a completely gentle and amiable image. Wu Zetian began to call Di Renjie during this period "

But Di Renjie, who had only reached the pinnacle of his life when he was old, was already old.

In the year of the second worship (697), Di Renjie was 68 years old (the ancients were considered to be an imaginary age). In the past few years, he was still fighting for the Wuzhou Empire and admiring the appearance, but what he was worried about, It is still the future of the Wu Zhou Empire and the restoration and continuation of the Li Tang Empire.

At that time, Wu Zetian’s nephew 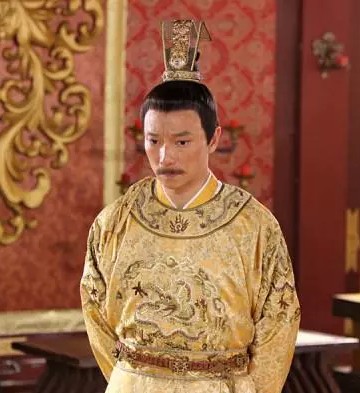 Therefore, under the constant lobbying of Di Renjie and other loyal officials to Li and Tang, as well as the pillow winds of Zhang Yizhi and Zhang Changzong, in March of the first year of the Holy Calendar (698), Wu Zetian finally ordered the birth of his son, King Luling Li Xian), took back Luoyang from Fangzhou (now Fangxian, Hubei).

Di Renjie fell on his knees in front of Li Xian, crying, unable to support him, because he knew that the great cause of the Li Tang Empire that he had fought for was resurrected. As the empress ages, and the return of Luling King Li Xian, dawn is already Gradually in sight.

Seeing this scene, Wu Zetian also burst into tears. She stroked Di Renjie's back and said in tears:

Subsequently, Li Xian, the king of Luling, was re-established as the prince. In the last two years of his life, Di Renjie has successively supported and recommended

Two years later, in September of Wu Zhou's first year (700 years), Di Renjie finally passed away as prime minister. Wu Zetian shed tears about this. She often said with emotion to people around her:

Since then, whenever there is a major event in the government that cannot be resolved, Wu Zetian will sigh and say:

Five years after Di Renjie's death, in the first year of Wu Zhou Shenlong (705), the 82-year-old Wu Zetian was seriously ill. The government was controlled by the martial male favorites Zhang Yizhi and Zhang Changzong, and the civil and military officials could not see Wu Zetian. In this critical situation, The prime minister fully recommended by Di Renjie

And Di Renjie, intentionally or unconsciously, planted the earth-shattering figure of Zhang Kanzhi for the eventual recovery of Li Tang.

To die, still seek the country, dedicated himself to Li Tang's "recovery", perhaps, this is the greatest charm of "superior detective" Di Renjie.